Info
Ferris Bueller put it in a nutshell: “Life moves pretty fast. If you don’t stop and look around once in a while, you could miss it.” A decade has passed since the masterminds behind the Suol label, Chi-Thien Nguyen and John B. Muder, set out as Chopstick & Johnjon with a clear mission: to blaze a trail through the international House and Techno scene. Those ten years seem to have passed in the twinkling of an eye. But things could have panned out totally differently. If Johnjon hadn’t waited with the patience of a saint before their first studio meeting - when Chopstick, his future studio, DJ and label partner turned up three hours late – he might have taken exception to the comment that his production skills were “amusing”. And if, in turn, Chopstick had not listened very closely as Johnjon took to the turntables, weaving one record after the next into an electrifying, atmospherically dense set. Maybe these lines would never have needed to be written, but despite all the initial adversity and apparent contradictions they both recognized their common ground, how they augmented one another – and the potent energy their symbiosis could unleash, which hasn’t changed, right up to today. Both as joint label managers and as a production team, they’ve come a long, long way since then. Techno, Electro, House, Hip Hop – during their early years in particular the duo set about exploring electronic music like kids in a sweet shop. Fearless and bold, they surrendered themselves to the moment, but with the Suol label they seem to have found their spiritual home for the time being. Suol’s forerunners, Criminal Records and Baalsaal, were important stages in allowing them to hone their profile and gradually acquire the necessary know-how to develop an internationally-successful label. We learn from our mistakes, as the saying goes and all those diverse influences crystallized aesthetically too, as they gradually created a collective sound concept, which is based on their shared experiences – unaffected by the intense maxi single craze, which sometimes strangles the creativity and carefree mindset of the House and Techno scenes. Over time, their collaborative tracks started to become slower and more organic. What is today commonly known as Slow House was for Chopstick & Johnjon a natural outgrowth of their passion for Hip Hop and Groove in particular. House music that kicks ass. The creative pair compliment each other perfectly – both in the studio and behind the decks. Thien, the classically-trained ‘muso’ and John, the former Hip Hop DJ with an ear for tight, compact arrangements. The chemistry is just right: tracks like “Clear Eyes” from their “Friday Night Lights” EP, “Keep On Keepin’ On” with label-mate Fritz Kalkbrenner on the microphone, or their biggest hit to date “Listen” are all proof of that. Behind the decks they form a DJ duo that is always perfectly in sync. Whereas others tend to fire all canons in a single volley, a Chopstick and Johnjon DJ set is like a drawn-out foreplay session, a tease. A good groove doesn’t need a rave signal. They’ve mastered the art of slowly, imperceptibly turning the House thumbscrews tighter and tighter until they have total command of the dance floor. Chopstick and Johnjon are consummate experts at bringing a party to the boil at 116 bpm. With Suol, the successor label to Baalsaal brought to life in 2009, they are in the process of cementing their long-term success as an A&R team. Featuring Trickski, Till von Sein, Fritz Zander, Sven von Thülen, Daniel Bortz, Meggy, Chasing Kurt and Fritz Kalkbrenner, they have put together an illustrious roster of artists within just a short space of time. Their conquest of the world of House continues.
Dates

Warning: Invalid argument supplied for foreach() in /homepages/41/d442918171/htdocs/home-wordpress/wp-content/themes/suol-2018/single-artists.php on line 68

Chopstick & Johnjon “What A Day” OUT NOW

Chopstick and Johnjon are having a baby! A musical baby that is, naturally. Over the course of nine months the Suol label bosses are releasing ... Read more

Chopstick and Johnjon are having a baby! A musical baby that is, naturally. Over the course of nine months the Suol label bosses will be ... Read more

It is time for track 7 of Chopstick & Johnjon's musical project "NINE". The newest addition is called "Sometimes" and was premiered on Child Of ... Read more 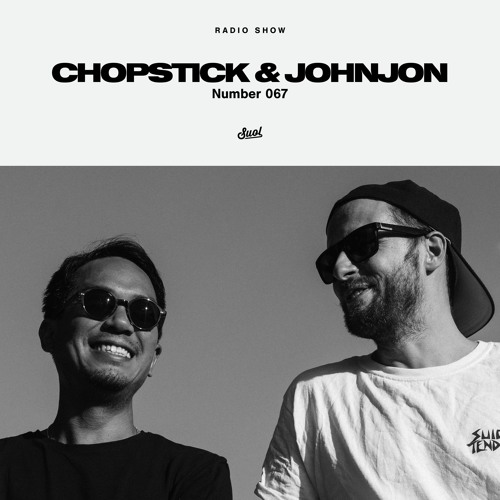 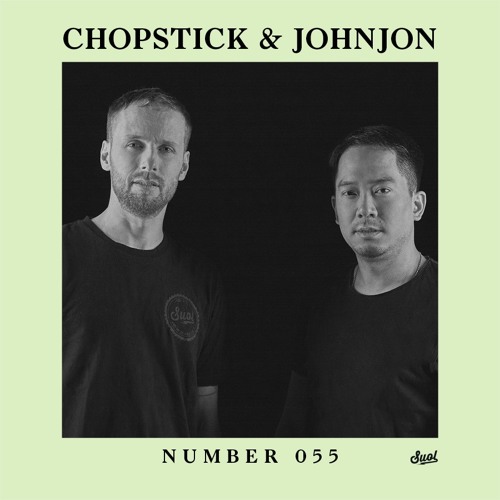 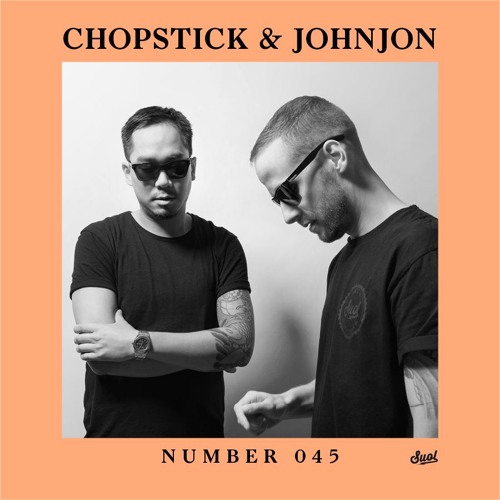 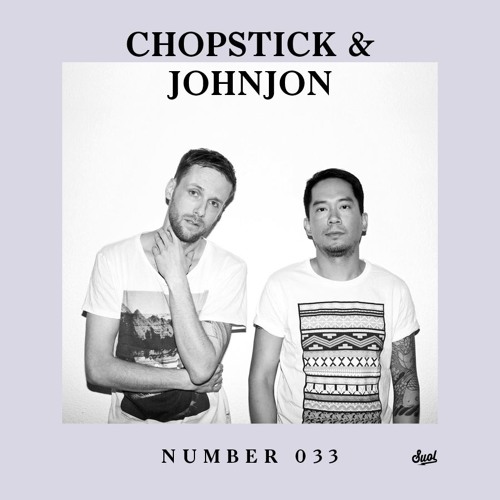 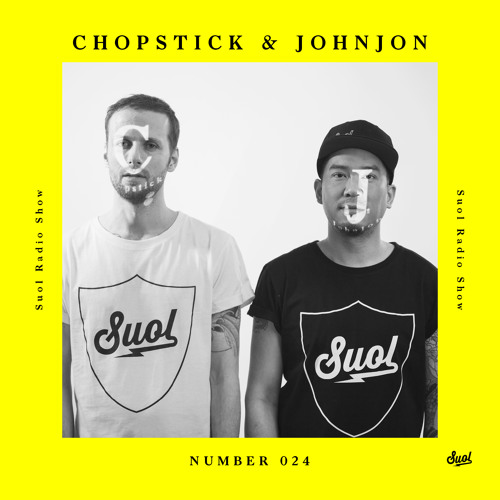 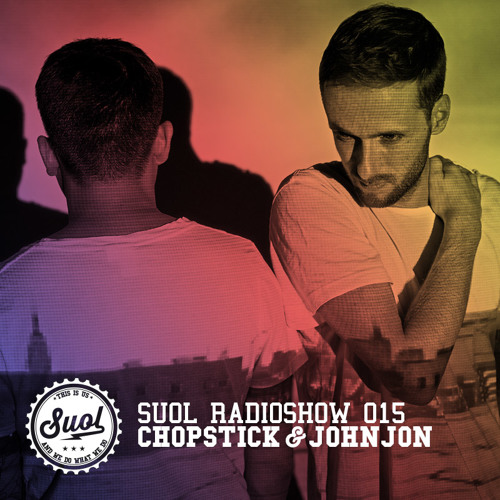 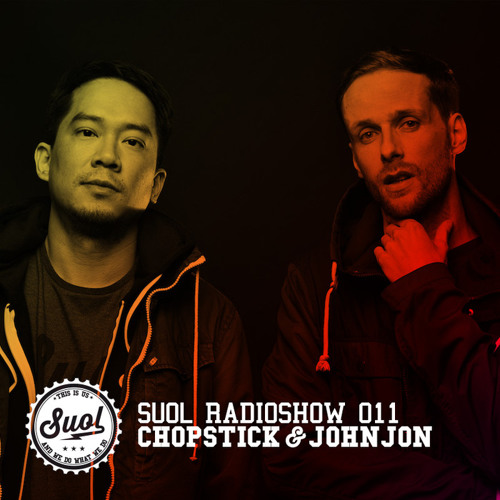 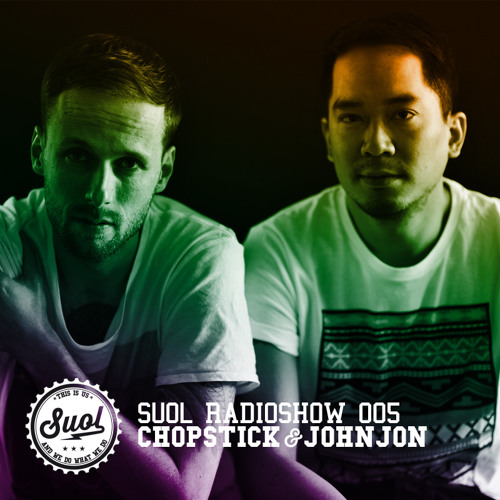 ... or listen on Soundcloud
We use cookies to ensure that we give you the best experience on our website. If you continue to use this site we will assume that you are happy with it. / Um unsere Webseite für Euch optimal zu gestalten und fortlaufend verbessern zu können, verwenden wir Cookies. Durch die weitere Nutzung der Webseite stimmt Ihr der Verwendung von Cookies zu.Agree / EinverstandenDatenschutz